Knowledge in electrical circuits is very important to student majoring in electrical engineering since it provides them not only in basics of electricity, but also the key concepts about the general system theory, as with most subjects in the field of engineering, the ultimate objective of the subject with the subject with the capability of designing electric circuit to meet given specifications as well as the ability of modeling and analyzing electric circuits.

Electromagnetic coupling is also known as “transformer action.” When current flows in an energized conductor, it produces an electromagnetic field at right angles to the conductor. In AC power systems, the electric current flowing in the conductor changes direction 120 times per second for 60-Hz and 100 times per second to 50-Hz systems. Thus, the electromagnetic field surrounding the energized conductor is constantly expanding and contracting. But first let’s talk self, mutual inductance, to begin our discussion of mutual inductance, we will recall two important laws: Ampere's law and Faraday’s law. Ampere's law predicts that the flow of electric current will create a magnetic field. If the field links an electric circuit, and that field is time-varying, Faraday’s law predicts the creation of a voltage within the linked circuit. Although this occurs to some extent in all circuits, the effect is magnified in coils because the circuit geometry amplifies the linkage effect. With these ideas in mind, consider the ideal situation as shown fig.1 which a current i flows in an N-turn coil and produces a magnetic field, represented by magnetic flux ϕ. The flux linkage for this coil is 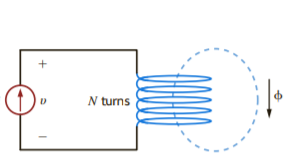 
Let’s first know what mutual induction: Mutual inductance is the ability of one inductor to induce a voltage across a neighboring inductor, measured in henrys (H).

And inductance is commonly called self-inductance, because it relates the voltage induced in a coil by a time-varying current in the same coil.

Now let’s take about the one of application in electrical filed of mutual inductance it transformers, Transformer is a magnetic device that takes advantage of the phenomenon of mutual inductance. As shown in figure.2, the coil that is directly connected to the voltage source is called the primary winding. The coil connected to the load is called the secondary winding. The resistances R1 and R2 are included to account for the losses (power dissipation) in the coils. The transformer is said to be linear if the coils are wound on a magnetically linear

Material—a material for which the magnetic permeability is constant. Such materials include air, plastic, Bakelite, and wood. In fact, most materials are magnetically linear. Linear transformers are sometimes called air-core transformers, although not all of them are necessarily air-core. They are used in radio and TV sets. Fig.3 portrays different types of transformers. 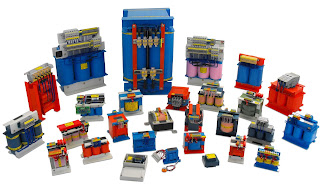 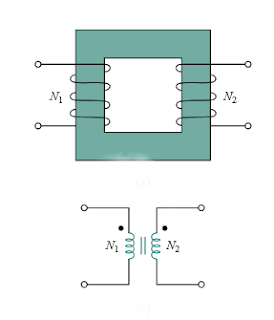 Iron-core transformers are close approximations to ideal transformers. These are used in power systems and electronics. 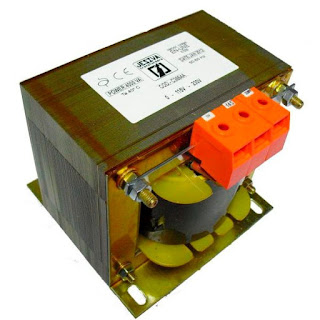